Jesse Arthur McCartney was born to New York, the 9 April of 1987, singer songwriter and American actor, solos inzia 6 years its career in a place and to 10 begins its first apparition in television. Its fame begins in 2000, with the boy band Dream Street, formed band in 1999 was composed from 5 young artists among which the same Jesse McCartney. Band that in 2002 it loosened him because of the little gotten success, from quì Jesse begins his/her soloist career being successful, from the other components of the group, engraved the album Beautiful Soul and you/he/she has participated in the film Summerland reciting close to the Californian actor Zac Efron. 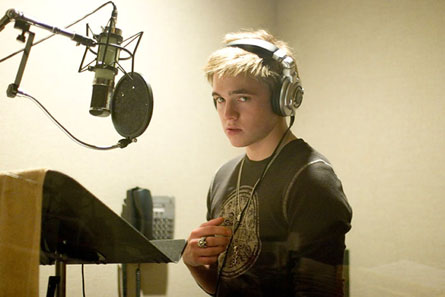